For more than 200 years, a large part of the U.S., East of the Mississippi, was actually French territory.
This chronology focuses on historic events of that time and place, particularly those that took place in the Lake Champlain Valley. 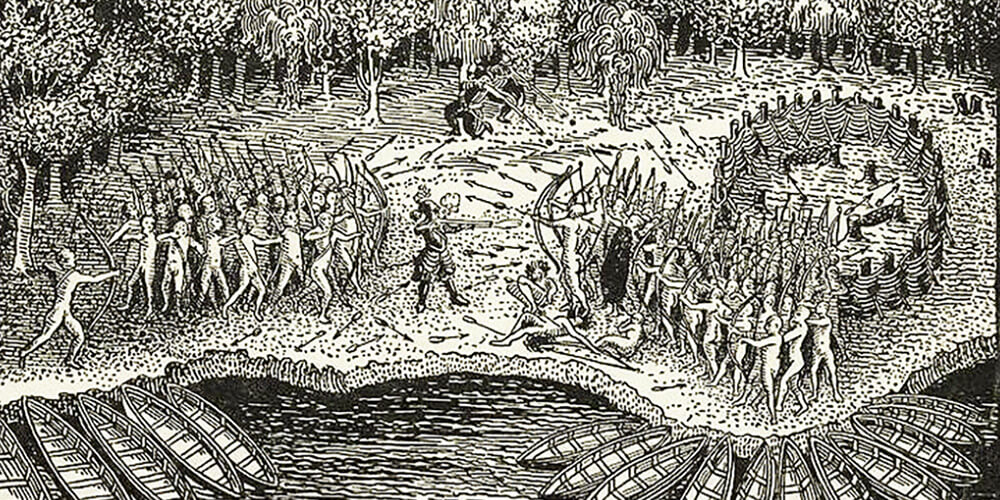 Champlain’s Battle with the Iroquois (July 1609). 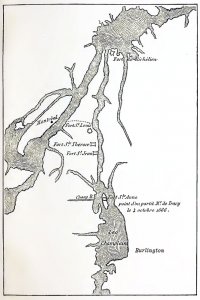 Sinking of La Belle, One of the Ships of Sieur De La Salle Construction of a Wooden Stockade Fort at Pointe-à-la-Chevelure, Lake Champlain 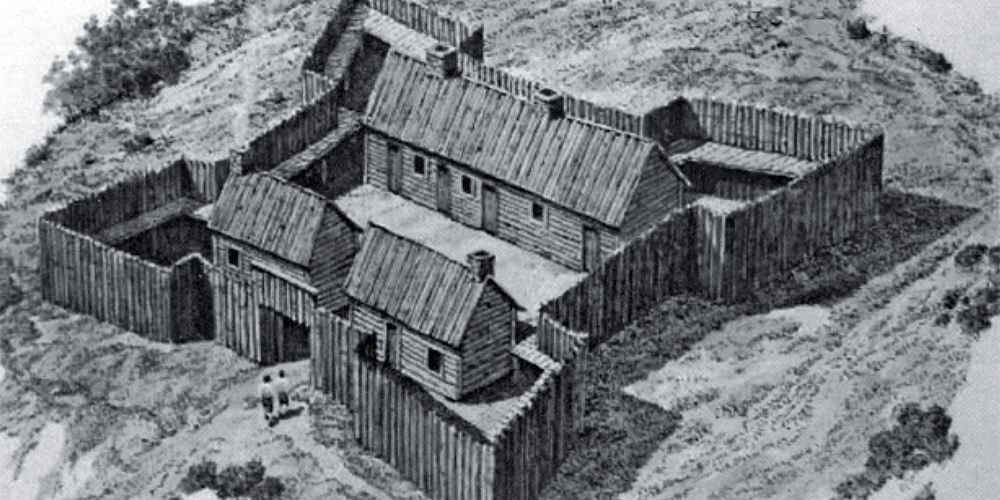 A wooden fort was built in the summer of 1731 on the eastern side (now Vermont) side of the lake. Pointe-à-la-Chevelure.  It was completed in October 1731 and operated until the late summer of 1735. 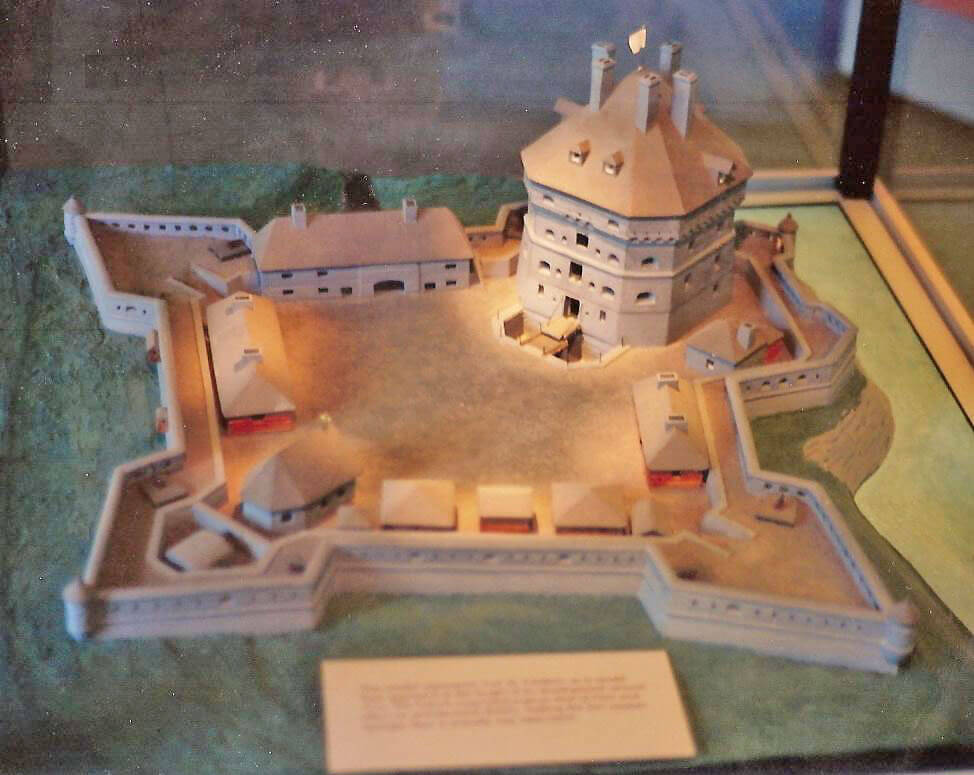 Gaspard-Joseph Chaussegros de Léry, Louis XV’s Chief Engineer of New France started the construction of the fort on the western side of Lake Champlain (now New-York State) in the spring of 1735. 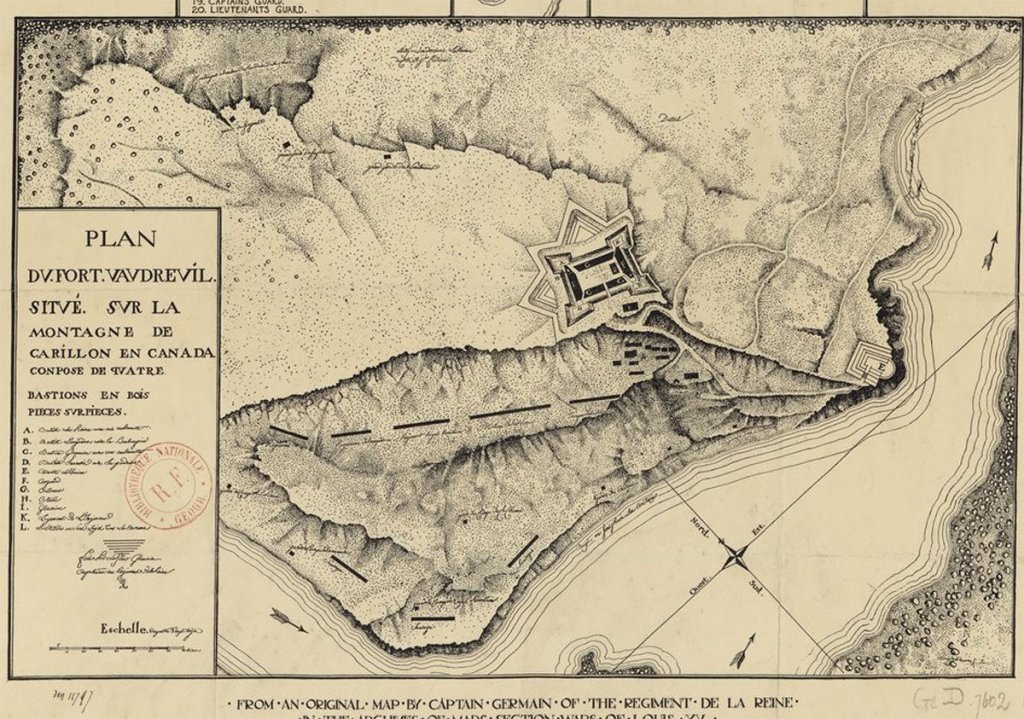 In October 1755, Michel Chartier, seigneur of Lotbinière, supported by the infantry captain of the Queen’s regiment, Joseph de Germain, began construction of the fort, which was initially called Fort Vaudreuil. The construction of this fort with wooden bastions lasted until 1757.