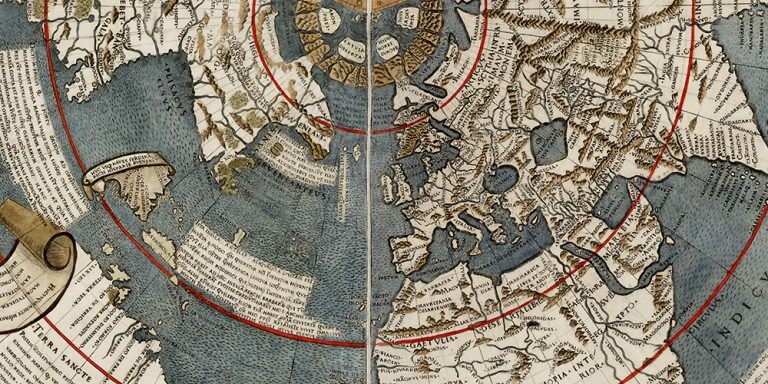 Could you imagine that we can see corrections on copper plates or wood blocks of early 16th century maps and discover which changes were made from the time they were first printed to later printings?
Read More

What Columbus Believed About the Earth

Columbus' misconceptions inspired a voyage which would never have won backers had the truth been known.
Read More