Photo of the bridge taken by my dad on my wedding day (that’s another story!)

As you travel south from Montpelier, on route 14, don’t miss the historic floating bridge in Brookfield on route 65.

The village is nice and quiet, just like it was in the 19th century, with several houses of interest, including the oldest continually operating library (1791), and of course its unique bridge!

First built in 1820, 330 feet in length and supported by 380 barrels (originally wooden barrels), it is said to be the only floating bridge east of the Mississippi.

When spring came, it simply became a floating bridge, later supported by barrels.

Today, if planks and barrels have been replaced several times, the bridge is still standing.

Used by both pedestrians and cars until the summer of 2007, it is now closed to car traffic, but you can still get across the lake by foot, get your feet a little wet if you want, and watch the few fishermen trying their luck for trout.

Or if you come on the last Saturday of January, you will be able to enjoy one of the last ice harvest festivals in New England, and its ice cutting, ice sculpting, sledding, and more! 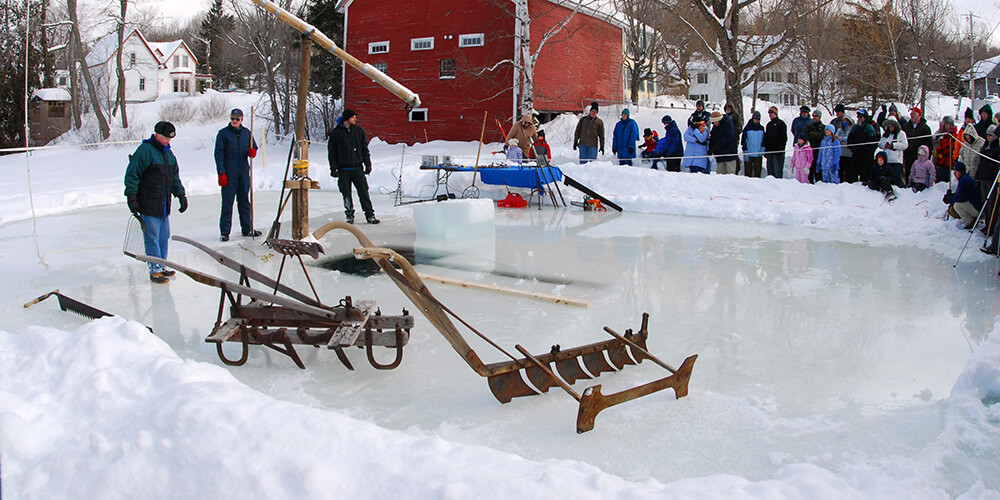