Can you imagine an entire country (of Vermont size and 700,000 inhabitants) where all the houses look the same and are all beautifully painted with earth colors?

Well, this is the reality in Bhutan! 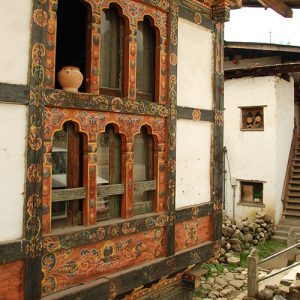 The roof’s supporting beams, floors sometimes, as well as window frames, are nicely decorated. There are lots of designs of dragons, the symbol of the country – the land of the thunder dragon – circles and curved shapes. The paintings are symbols of peace and harmony in the home and meant to keep the evils away!

Bhutanese people have an unbelievable sense of national identity. And it is obvious when you see the care and love they put in maintaining these beautiful structures.

Even more interesting is that private homes, official government buildings, and monasteries’ architecture is all similar. The official buildings are called dzongs, and they share the functions of government offices, temples, and monasteries. Built several centuries ago, it is said that they existed in Tibet as well, but that in Tibet, they fell into ruins or are simply used as museums. Here in Bhutan, they are part of people’s daily life. Quite unique. 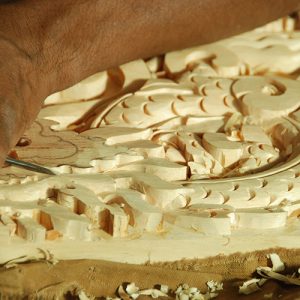 And if you look really closely, you will see some details in monasteries which you won’t see in private houses. In monasteries, the painted wood structures are actually carved, and sometimes gold leaves are applied to the wood.

We have seen some quite majestic monasteries here. But for our last two days, our hotel – in Paro – was certainly equally memorable. Built to oversee the valley of Paro, the Gantey Palace used to belong to a member of the Royal Family. And we are convinced we had the best room in the whole place, a corner room on the top floor with a view of the whole valley! Check the view from our bed! 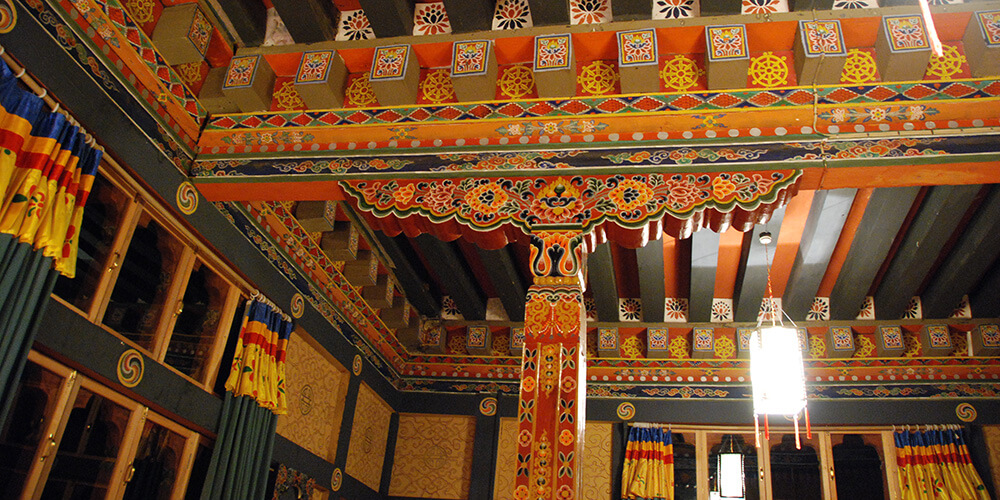